The Stockholm Cathedral or Great Church (Storkyrkan) is located at the highest point of the island of Stadsholmen next to the outer courtyard of the Royal Palace...read more

The highest part of the Stadsholmen island is occupied by the Stockholm castle (Stockholms slott), which is more often called the Royal Palace...read more

Changing of the Guard at the Royal Palace

An indispensable attribute of most monarchies, and not only monarchies, is an honor guard in full uniform at the building where the Supreme power of the state is located
...read more

This place was built up in the Middle ages without any plan, and was originally just a street intersection. After a fire in the 15th century stone houses were built in this quarter and by the 16th century the center of social and commercial life Gamla Stan was formed...read more

The most attractive and famous house on Stortorget square was built in 1650 for the secretary of Karl X Johan Eberhard Schantz, so it is named "Schantzska huset"...read more

The entire northern part of Stortorget square is occupied by a large neoclassical building topped by a tower. It is now owned by the Swedish Academy of Sciences, but was originally intended for stock trading...read more

In 1778, the stortorgsbrunnen ("Fountain on Stortorget") public water supply source was opened on Stortorget square, again by Erik Palmstedt...read more

In the Eastern corner of Stortorget square is the Grill's house, which is considered one of the most beautiful In Stockholm...read more

After passing from the Runestone up Prästgatan, we will see the сhurch of St. Gertrud (Sankta Gertruds kyrka) on the left...read more

The Västerlånggatan ("West long street") was laid out in the 13th century along the fortress wall and runs through the entire Old town, from the Stallbron bridge to the Iron square...read more

The Västerlånggatan street at its southern end forms a small square called Järntorget ("Iron square"). The square was formed at the beginning of the 14th century, and was originally named Korntorget ("Grain square"), as wheat and corn were brought here for export...read more

At the end of Västerlånggatan, a little before Iron Square, is a small lane Mårten Trotzigs Gränd, sandwiched by high blank walls and a width of only 90 centimeters. The lane bears the name of a merchant from Saxony who settled in Stockholm in 1581...read more 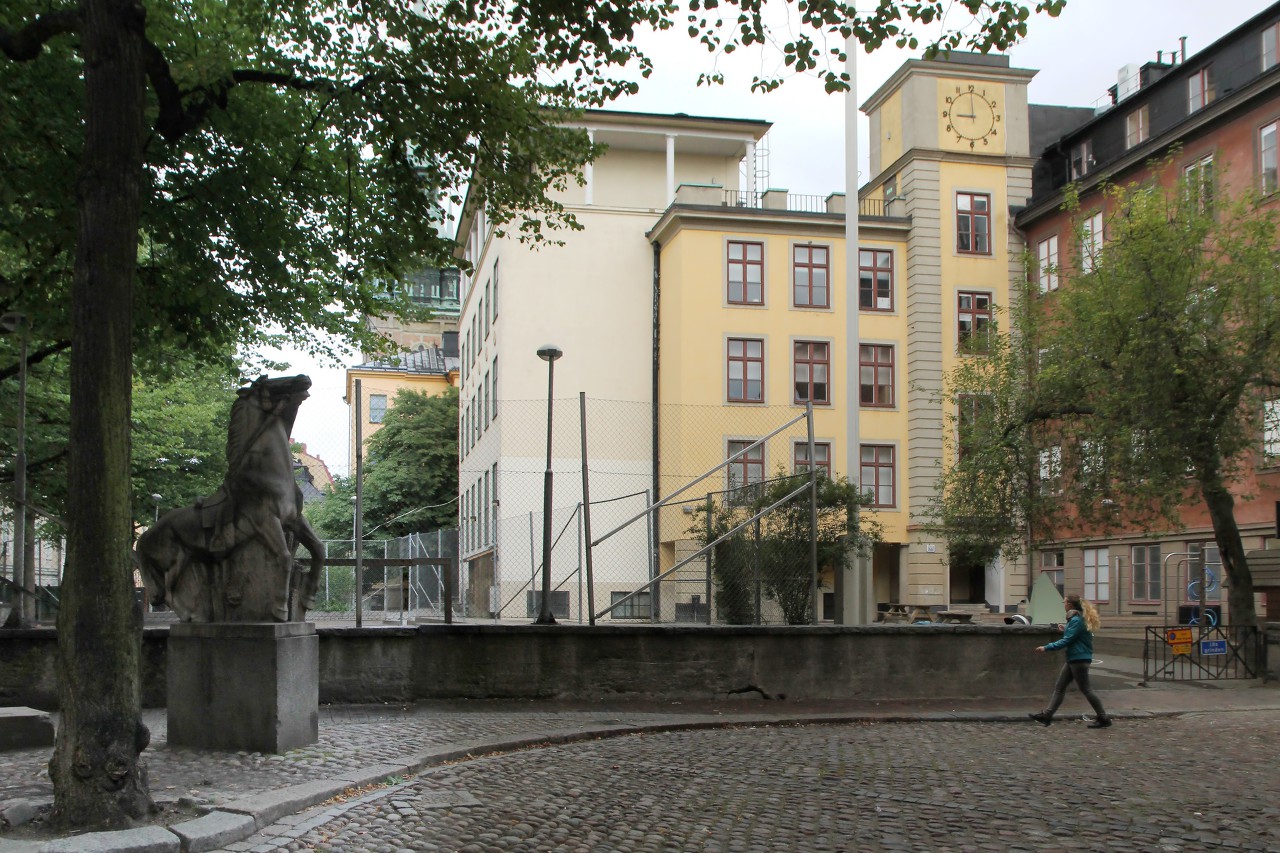 After going up the steps of Morten Trotzig lane from the side of Vasterlanggatan, we will go out into a small square in front of the school of St. Nicholas...read more

The name of the square comes from the Merchant's Gate (Köpmanporten), which led to the fish market (Fiskatorget), located outside the city wall...read more

Very close to Köpmantorget, on the corner of Köpmangatan is another architectural monument - one of the oldest houses in Stockholm, built in 1549...read more

If you go around the Finnish church, you will find yourself in a small square called Bollhustäppan, which is not even a square, but a courtyard that can be recognized by a well-marked spiral staircase. The square appeared in the 60s on the site of a ballroom for playing ball...read more